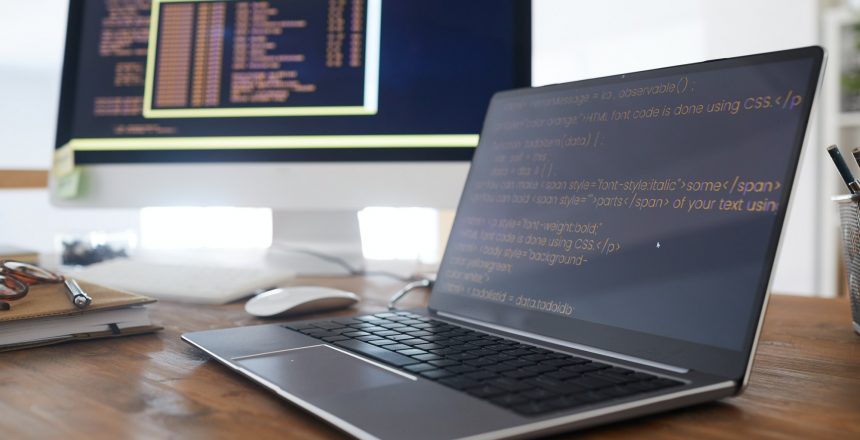 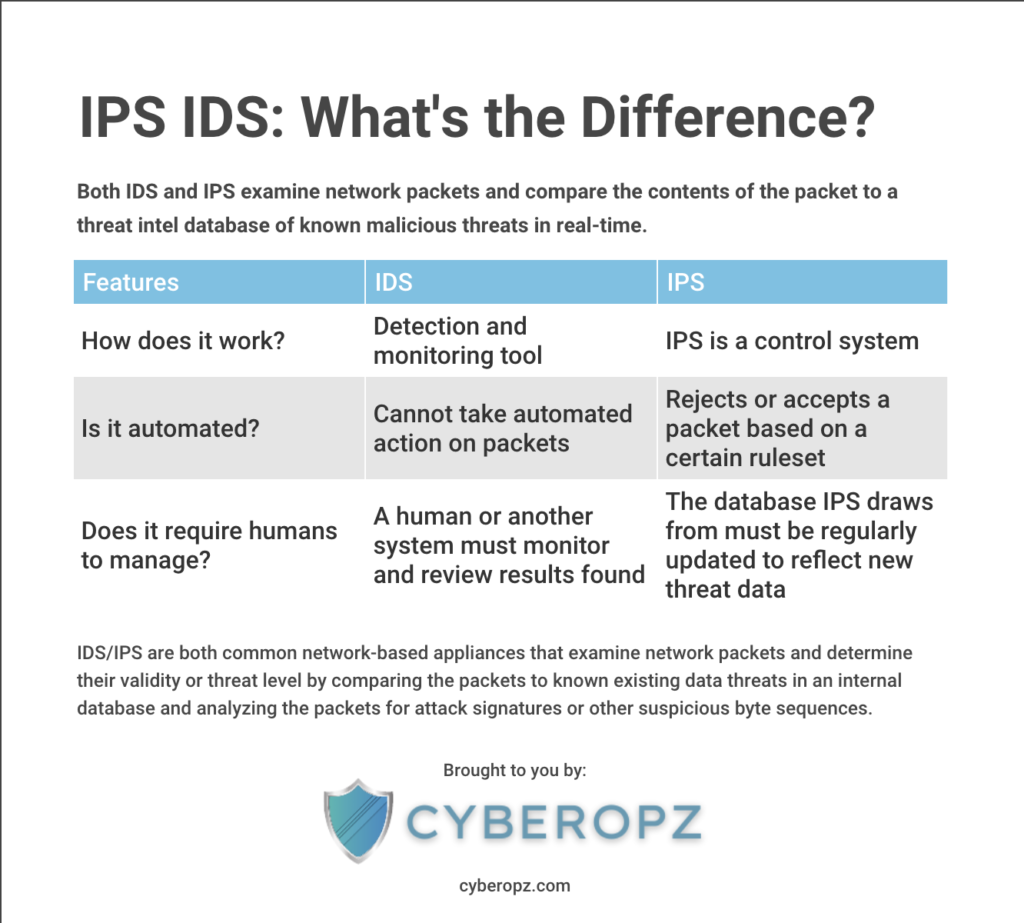 What Is An IDS?

What Is An IPS?

Since an IDS sits inline between the different data transmitting appliances within a network, it can remove potentially harmful data such as malware in real-time

IDS/IPS are both common network-based appliances that examine network packets and determine their validity or threat level by comparing the packets to known existing data threats in an internal database and analyzing the packets for attack signatures or other suspicious byte sequences. IDS/IPS systems are fully configurable so that decisions are based on a defined ruleset implemented by a system administrator.

These two critical network security tools evolved together to build a symbiotic network security relationship. Before IPS security systems, the IDS was designed to detect malicious activity on the network and report it to a system administrator. Over time, the expectation of monitoring millions of packets transmitted over a network and relaying security notifications to a system administrator became overwhelming and unrealistic. The IPS solution replaced this administrator task by receiving security threat notifications from the IDS and removing known threats.

Together, IDS/IPS in a single system is known as an IDPS. An IDPS is considered a UTM or a unified threat management system since it is providing multiple layers of security within a single appliance. Modernized idsp security systems use machine learning to enhance the detection methods and event management processes to limit potential threats.

Why Is IDS and IPS Important?

IDS/IPS play a major role in enhancing cybersecurity policies and making IT environments more secure by limiting new attacks and the risk of a data breach. Today, cyber-attacks and security breaches are on the rise, costing the world more than $1 trillion dollars in losses. Implementing modernized security policies to limit cyberattacks’ risk is critically important to promote the safety and resiliency of any technology-focused organization.

IDS and IPS security systems may also be mandatory to meet compliance requirements depending on the type of organization and where that organization operates. Common security frameworks such as PCI, SOX, GLBA, HIPPA, and others require IDS and IPS systems to better ensure the safety and transmission of sensitive client or customer information.

What Happens if an Organization Doesn’t Use an IDS and IPS?

If an organization chooses not to implement an IDS and IPS, they can be putting their organization in harm’s way. In this scenario, organizations would only be able to limit the intrusion of malicious traffic via their firewall or through a client by monitoring a client’s software and application activity. Furthermore, these organizations may have to pay a hefty compliance fine due to policy violations and failing to meet compliance requirements.

IDS and IPS can be configured in various ways; however, there are some cybersecurity policy configurations of IDS and IPS that maximize these network-based appliances’ utility.

A common IDS and IPS architecture is to place these network-based appliances in series near a network environment’s parameter. In this architectural design, the IDS system will monitor the data coming into the network from the outside work. If the IDS detects any suspicious activity, it will alert the IPS in real-time, allowing the IPS to remove the security threat. This parameter-based configuration is typically designed to monitor and remove data before entering the network through a firewall that is configured to limit entry based on ip address.

Another common architectural deployment for an IDS and IPS is to monitor and remove potentially malicious data that is transmitted internally between different clients on the network. As clients on different VLANs communicate internally, their traffic will flow through a given switch and a router. One common architectural design is to place an IDS to monitor traffic passing over the switch as one client communicates with the other over the internal network. Here, the IDS can monitor the network traffic for suspicious activity and report based on its finding.

Alternatively, an IPS can be deployed inline between a network switch and a network router so that all network traffic leaving or entering a specific VLAN will flow through the IPS allowing it to remove suspicious data.

Limitations of IPS and IDS

IPS and IDS are designed specifically to monitor network traffic, requiring other security policies and technologies to mitigate the risk of attack through other attack surfaces. For example, IPS and IDS do not monitor data on a given client machine, only data that may be transmitted to or from that client machine. This is important because it points to the fact that modern IT infrastructures require solutions to monitor clients and the software and application layer for malware, ransomware, and suspicious activity.

We want to hear from you

Our team of experienced security engineers and CISO’s takes the complexity out of cybersecurity. We work with companies across a range of industries to meet cybersecurity compliance requirements and improve companies’ cybersecurity programs.